Agbar's 32 Sustainability workshops were a resounding success and the objectives of moving the sustainable development strategy and helping build the mission of the three management areas (territorial, production and sanitation) were met.

In 2017, water company Agbar had to develop its Sustainability Plan in accordance with the sustainable development goals of the United Nations. As such, Agbar was faced with the challenge of moving the sustainable development strategy of the company to the operational group in the territorial, production and sanitation management areas. They would need support in building their mission.

In order to accomplish this, Agbar enlisted the help of Green Hat People. Green Hat People’s solution was to use gamification to design a game named the Mission Game, which consisted of an interactive digital group workshop. Thanks to this solution, in 2018, Agbar’s trainers were able to implement 32 Sustainability sessions flexibly, with a total of 500 employees attending workshops.

We proposed a game as the most suitable option to respond to the challenges Agbar was facing. Given the characteristics of the group, we decided that a dynamic experience that captivated the participants’ interest while enabling them to acquire knowledge through active learning and group reflection would be most helpful. Green Hat People consulted the Directorate of Sustainability, who was responsible for the project, after which the game was structured in the three parts that make up the mission: the people, water and the city. 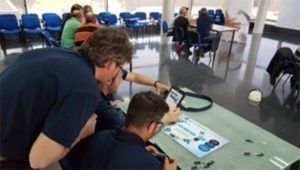 Three focus groups were organised; one for every management area. Each focus group had to create content representative of their area. The objectives were to communicate the project and get players involved in co-creating the content of the Mission Game. That way, they obtained the materials for the final wording of the questions that would make up the three games of the Mission. Since what each group designed was meant to suit the team and reflect it, this aided in fulfilling the second goal, to build the shared mission.

Based on the information we gained from the focus groups, we designed the Mission Game. During the game, participants had to make collaborative decisions about sustainability. Every team had a specially designed trivia board, dice, chips, cards and a tablet that guided the game and on which they had to input answers. For each commitment that makes up the mission, the game had quiz questions, open questions and multiple-choice questions modelled after the mission’s objectives, as well as mini cases that required them to respond to a hypothetical situation with a choice of behaviours. At the end of the 45-60 minutes long game, there was space for debate and reflection on the answers, thereby allowing the employees to participate more, co-create steps to take in the future and learn.

At the beginning of 2018, a pilot Mission Game was launched to acquire feedback in order to improve the game before its official release. The pilot game tested engagement, the duration and the content.

Following the improvements made to the game based on the pilot, we trained four people from Agbar. They were trained to implement the game, energise participants, solve any arising problems, access results and feedback in real time and foster participation in the sessions.

Between February and November 2018, 32 workshops were implemented. The game’s final structure included an initial discussion which outlined the sustainability strategy of the company. At the end, there was a discussion period dedicated to joint reflection and co-creation. This accomplished both goals of moving the Sustainable Development strategy and building the mission of the three management areas.

The 32 workshops were a resounding success. Agbar’s objectives of moving the sustainable development strategy and helping build the mission of the three management areas (territorial, production and sanitation) were met.

Because of the self-implementation system in place, Agbar was free to schedule and carry out the workshops at their own pace. This allowed for flexibility in the workshops, which was essential for their groups of operators, who were not used to formal time restrictions due to the nature of their work.

In addition to meeting the two initial objectives, this dynamic approach improved the team spirit and generated greater commitment to the company and to its sustainability strategy.

Green Hat People’s innovative Mission Game did not go unnoticed: participants described the workshops as ‘a rewarding and enriching experience’, ‘fun and formative’ and ‘very entertaining’. 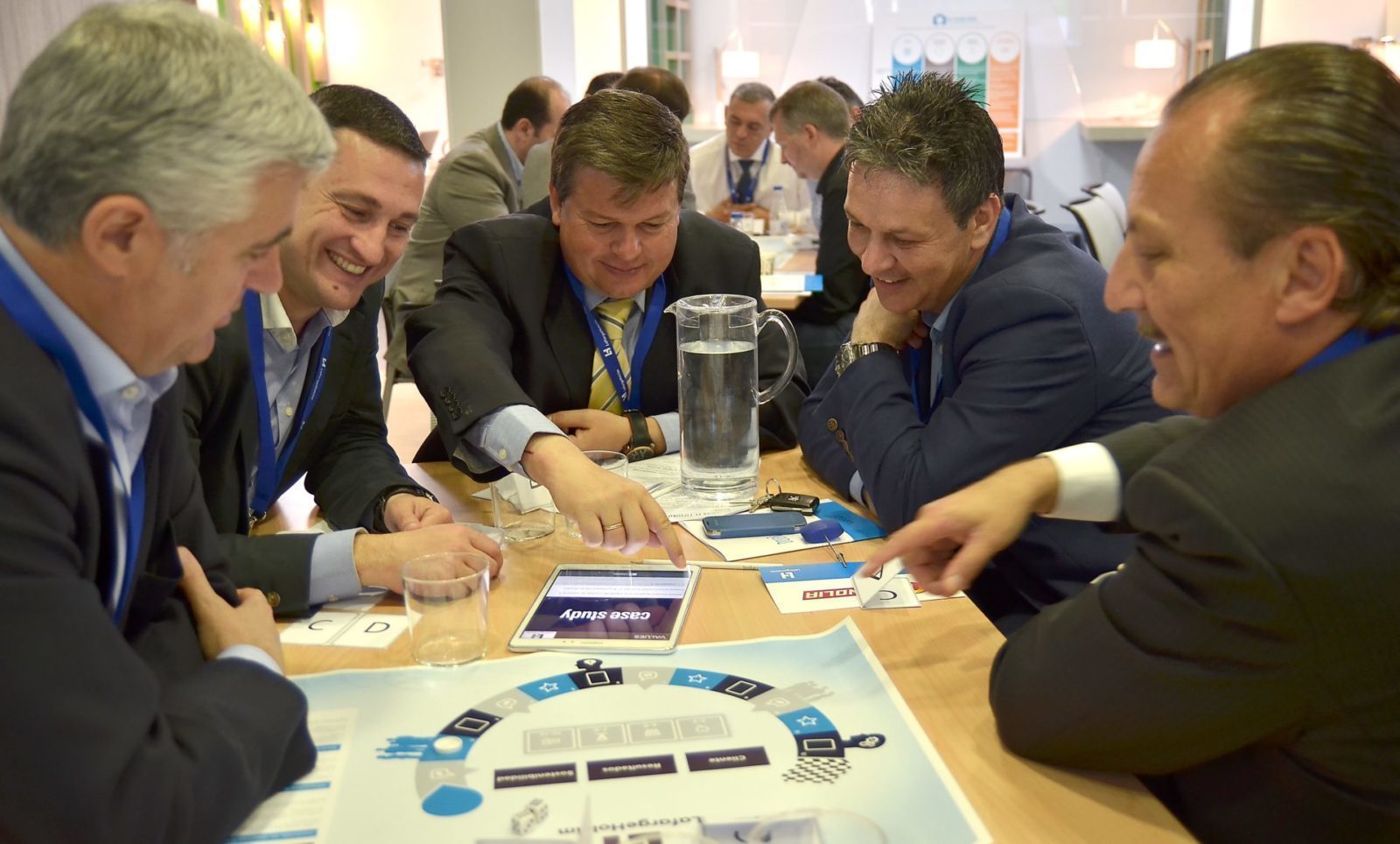 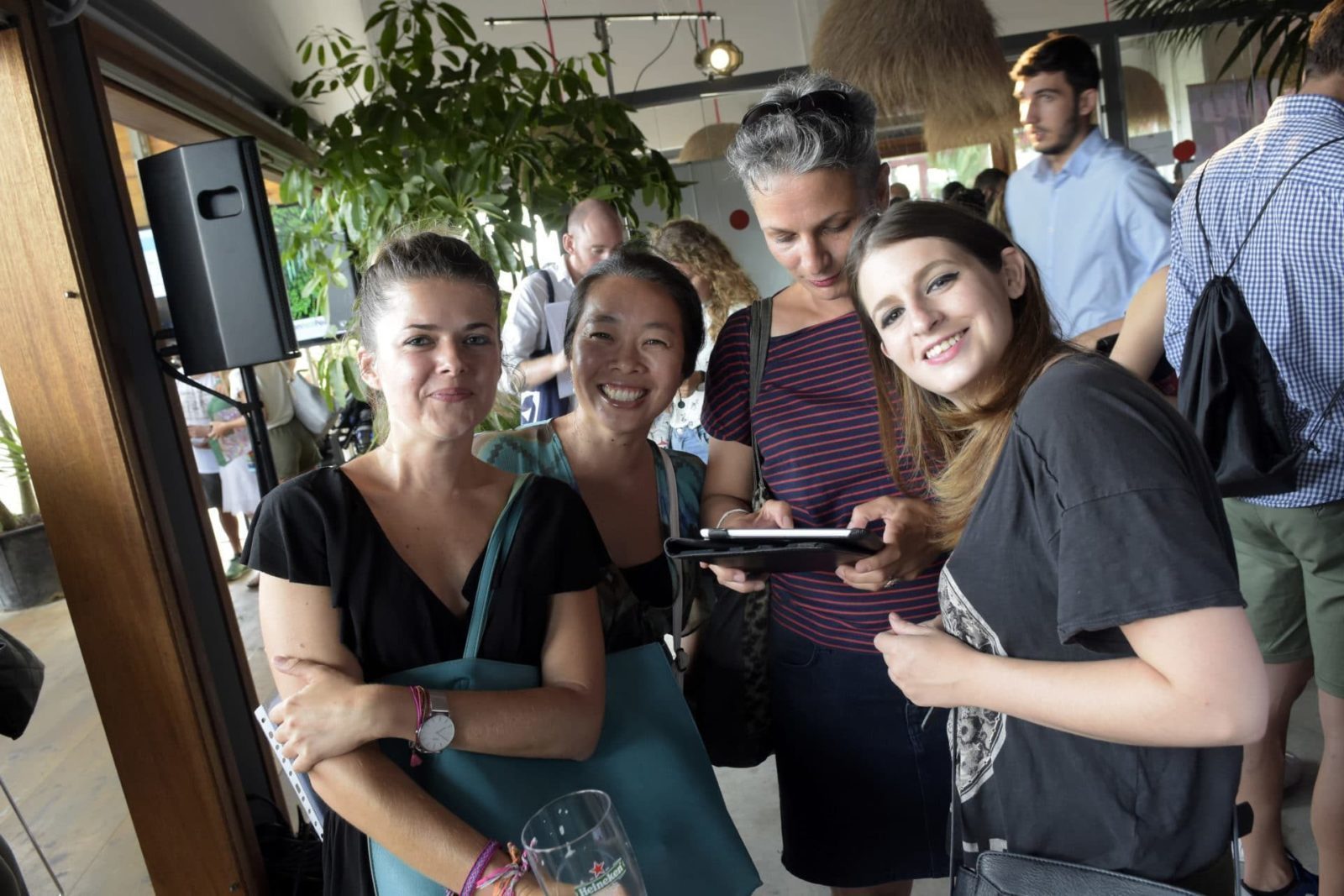